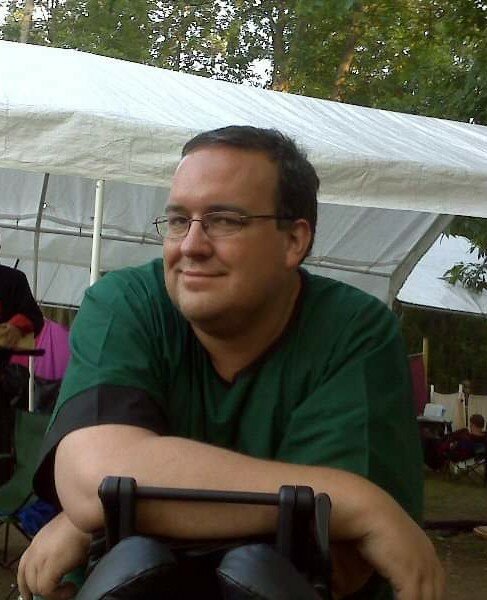 Please share a memory of Hayes to include in a keepsake book for family and friends.
View Tribute Book

Hayes was born on Sunday, February 13, 1972, to become the 5th and most precious member of the H.L. Doster Family. Harold Lee Doster & Helen Louise (Fitzsimmons)Doster had children, Heather Louise, Heidi Lynne, and Hayes Lee; and as his mother used to say, "practice makes perfect".  Hayes was born at Highland hospital, the same hospital where he died on Monday, February 28, 2022.  The way he put it in his last hours was, "Full Circle".  His final concerns were for his family and his best friend, Jennifer Kelley.  He apologized for having to tell us the sad news that he was not going home from the hospital.  He worried about leaving us grieving.

Growing up, Hayes was tall and had a larger than the average size bone structure which was awkward for him being the size of an 8-year-old at only age 5.  He gradually found his height and size to be an advantage; he never got lost in a crowd because he could see over everyone and, most people don't pick fights with or try to take advantage of the 6'3", broad-shouldered, huge fisted guy.  His large stature came in handy at his job as a remote-control technician at Dan's Crafts &Things; irate customers became less so when faced with Hayes' imposing presence.  This makes his sisters laugh because he was the most 'gentle of giants'.

Hayes got the height, bone structure, quiet reserve, good humor, calmness, and middle and last names from his father, and the paternal side of the family.  He got the outgoing caring for others (his most prominent trait) and, nicknames like Hazy Sunshine, Hazy-dazy, and Kiddo from his mom, Helen Louise (Fitzsimmons) Doster who died in 2012.  His sisters gave him a great understanding of "girl stuff" from dolls to hormones, thus as an adult earning him the title of Honorary Female (the HF in his HFHaze online screen name) and gaining him invites to "girls nights" with his feminine friends.

Hayes was raised as a member of the United Church of Christ in Webster NY, where questioning faith or even his belief in God was o.k., and his caring for others was reinforced.  He was taught about not being judgmental of others; a lesson he took to heart. He believed that the prayers of many friends and family helped him through his last 4-1/2 years which included 2 major surgeries and the misery of chemotherapy.

His parents always treated close friends as 'family'.  Ann and David Thompson and their sons Christopher, Daniel, and Mathew are the relevant examples.  The Thompson boys were like brothers and helped shape Hayes' future by getting him interested in remote control cars enough that it eventually earned him a job he called his "dream job" where he got to fix and play with toys.  Long-running pranks between Hayes and the boys, like the (matchbox) car of doom, showed just how brother-like they were.

Hayes, taking after his parents, would bring home friends who he would adopt as brothers, kids who had tough home lives, and those who didn't. He and his family, fondly called them 'the lost boys' -a misnomer because Hayes had found them and helped them. We lost count of how many 'brothers' he had over the years.  Some of those, Hayes helped by just being a friend, and others like Shawn Gillette who says "He saved my life!", were, in addition, helped with a place to stay, or support getting free from haunting difficulties. Hayes always saw in them, the people they were at heart, and the people they could become, and he helped them accordingly.

Both of Hayes' parents were church choir members and had a love for music.  There was not much chance for Hayes to avoid being a music lover too, especially with older sisters singing show tunes in each ear.  He liked to sing and had a wonderful voice, though as a child, first learning to sing his pitch changes for "feelin' groovy" made it hard on the ears of those nearby.  In junior high school, he decided to trade singing in the choir for playing the baritone in the concert/marching band.  His size and lung capacity made the baritone a good fit and he liked being part of the band.  Once he was of age, enjoyed going to the Vertex Club of Rochester where he could listen to music, dance, and make more friends.

Camping was a huge part of Hayes' life and he loved it, probably because, he would have gone on his first camping trip at only 5 months old.  He learned from an early age that sometimes the worse the weather or other conditions were, the better the trip turned out to be because one managed to overcome adversity.  This made for better stories:  The Time of the: Flood, Mud, Ice-cold Water, or even Injury.  There was the time that the folding rocking lawn chair folded up on him at 2-1/2 years of age; tipping him forward into the top of a propane tank, causing a large gash in his forehead, a trip from the campsite to the ER, and a huge bandage wrapped around his head.  ...The beginning of the accident-prone years.

Growing up next to Lake Ontario, Hayes enjoyed swimming and fishing.  He swam enough as a teen that he considered becoming a professional lifeguard and was always ready to teach someone else how to swim.  When he first learned how to fish, His Grandma Louise taught him how to clean the fish, first the messy way with scaling and guts, and then how to fillet the meat out without the mess.  Hayes was never squeamish about the mess, more curious, but found he liked the knife skills challenge of a good clean fillet.  He loved the peaceful solitude of fishing but, also the camaraderie of talking to other fishermen.  "Catching much?", "What's running today?", "What are you using for bait?", were an easy approach to meeting people with whom you had something in common - like a slow fishing day.  Misery loves company.

Hayes loved to cook and feed people good food. He took a few cooking classes including one for knife skills, worked at a restaurant for a short time, and liked to watch cooking TV shows. Most of all he liked to experiment with recipes, find ways to make a good recipe even better, and then see how much family and friends enjoyed his creations.

He also had a great love for Fantasy.  When you have attention deficit disorder a lot is going on in your head and fantasy was a way to have control over some of the chaos.  He enjoyed playing Dungeons and Dragons and was not ashamed to say so.  His love for fantasy led him to learn to make chainmail and armor working part-time as a Journeyman with a group called the Mercenaries Tailor.  This included working at the Sterling Renaissance Festival which was like getting paid for playing.  Making Armor was a terrific way to get frustrations out and be creative at the same time.  He loved learning (mostly self-taught) how to fashion flat metal into pieces of armor as intricate as articulated gauntlets, or finding the most structurally sound curves for helmets and chest plates.  He also enjoyed the intricacy of making chainmail into anything from full tunics to key chain fobs, juggling balls, and the occasional custom-fit bra (he was a schemer).  Later he joined the Society for Creative Anachronism attending ceremonies and a large camp gathering at Pennsic every year.   Cancer and Covid did not stop him from wanting to attend.

Hayes was married twice but both marriages ended when his partners found they wanted something else in life.  He took this in stride and made his way, buying his own house and sharing it with his best friend Jennifer for far longer than both of his marriages lasted.  Friendship and companionship are sometimes exactly what is needed.

He was a graduate of Wayne Central School in Ontario, NY class of 1990, and a graduate of The Onondaga School of Therapeutic Massage in 2002.  Hayes radiated warmth and heat; he used this natural state while a massage therapist to help and heal folks at the Highlands of Pitsford Assisted living facility where he worked for a few years.

Hayes was funny, punny, sharp whited, quick with a slam, and the apology for the slam "Sorry but you set yourself up for that one", always trying to lighten the mood with humor or at least distraction, "look that dog is pooping".  As the younger brother, he always had a poop joke.  "Why did the toilet paper roll down the hill, - to get to the bottom!"   Heather blames Hayes for teaching his nephew Neil why Piglet was looking in the toilet, or why Pirates don’t play cards, -all they had was a poop deck.

Some of his favorite quotes:

"Why put off today, what you can put off putting off 'til tomorrow."

Hayes was a very accomplished procrastinator throughout his life.         Hayes procrastinated death for as long as he could with the available medicine and treatments.  He did not lose this battle himself; the armory ran out of weapons for him to fight his disease.

A Memorial Gathering will be held in the future - date still to be determined.  His immediate family is thinking that an outdoor gathering with food and maybe a campfire would be appropriate.  More information will be posted here once decisions are made.

Memorial Donations can be made in Hayes's honor to Gilda's Club Rochester csrochester.org, The American Cancer Society, any Cancer non-profit organization that means the most to you, or the Seneca park zoological society.

Share Your Memory of
Hayes
Upload Your Memory View All Memories
Be the first to upload a memory!
Share A Memory