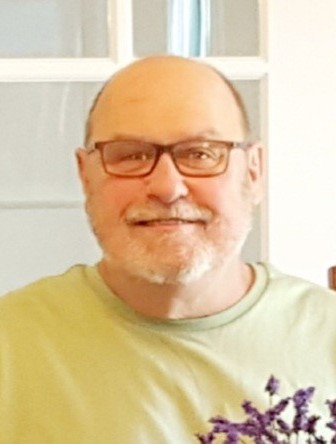 Obituary of Edward A. Sauers

Rochester:  Saturday, March 20, 2021, age 69.  Predeceased by his parents, Robert and Helen;  brothers, James and Robert.  He leaves his children, Matthew (Jennifer), Katherine Sauers (Andrew Landis) and Elizabeth Sauers (Nigel Goodfellow);  grandchildren, Matthew and Ellie Sauers;  brother, John (Margaret) Sauers;  sister-in-law, Paula Sauers;  former wife and friend, Joyce (Kenneth) Schultz;  nieces, nephews and many close friends.  Ed was an avid gardener with an artistic flair. He had the ability to find beauty in everyone and everything.  Ed retired from the Rochester City School District after 30 years of teaching.

Friends may call 4-7 PM Wednesday, March 24 at Willard H. Scott Funeral Home, 12 South Ave., Webster.  A memorial service to celebrate Ed’s life is planned for a later date and time to be announced by the family. Memorials may be directed to a charity of choice.

Share Your Memory of
Edward
Upload Your Memory View All Memories
Be the first to upload a memory!