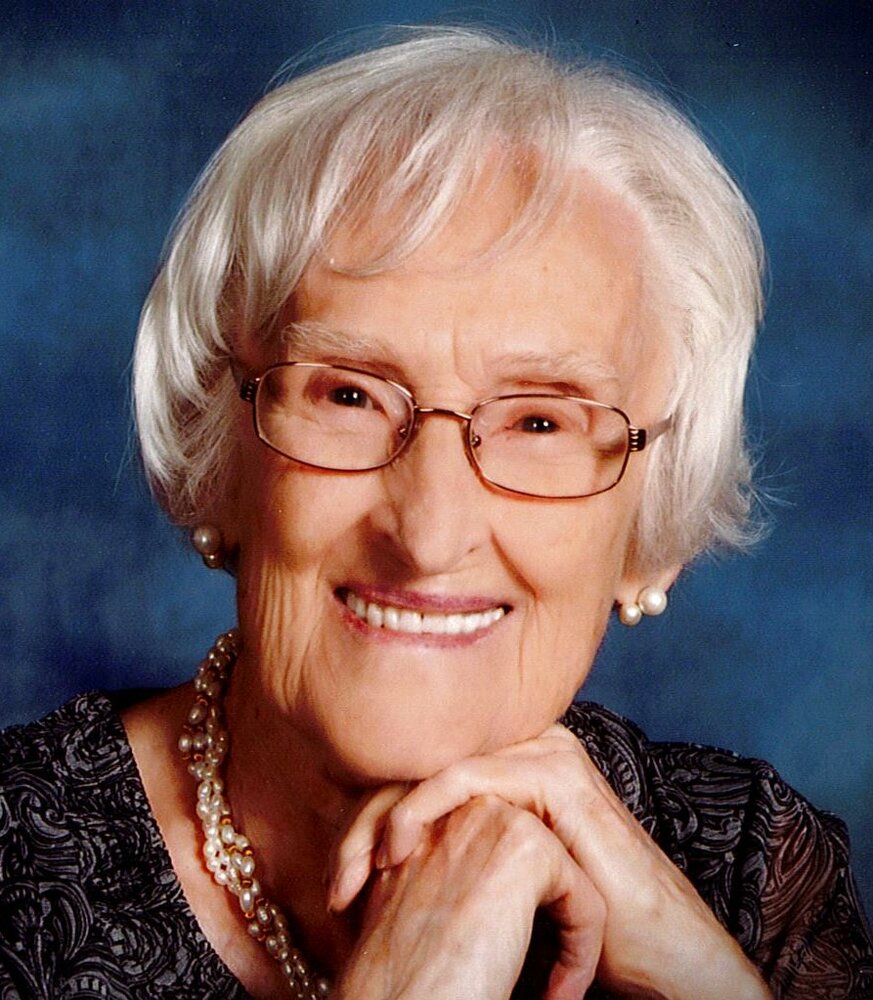 Please share a memory of Wilma to include in a keepsake book for family and friends.
View Tribute Book

Wilma Alice McKay was born 10-14-1921 in a house on Brighton-Henrietta Town Line Road. She was the oldest of five children. Her family moved to Greece where she grew up. Schools she attended were St. Charles, Nazareth, and Charlotte. Upon graduation from high school, she was employed as a secretary at Eastman Kodak Co.

She met Carl Brucker and they were married in 1944. Before they got married, she spent weekends on the farm in Webster so she could experience what being a farmer’s wife would be like. She loved the farm! Four children joined the family between 1946 and 1950. She was a wonderful, competent homemaker. It was important to her that the family learned to enjoy the arts. All four children leaned how to play a musical instrument.

Wilma was active in many organizations. She was an Elder at Webster Presbyterian Church, a 4-H leader, a very active member of the Weaver’s Guild, and a member of several book clubs. Always interested in learning, she attended MCC to learn Spanish. She enjoyed traveling and visited many locations in the U.S., South America, England, Ireland, Central America, Canada, and the Middle East. One of her favorite trips was rafting in the Grand Canyon. Always a caring person, Wilma was very interested in ways to achieve peace in the world. She felt the most meaningful group that she was a member of at church was the Peace and Justice Committee.

Mother coped with losing her sight and having balance issues. She never stopped learning by using books on tape. Her mind never left her, and she did not stop caring about current issues in the news. She let it be known that she was ready to go, constantly reminding us to not use any measures to keep her alive. She was a wife, a mother, a grandmother, a great-grandmother, a foster mom, a farmer, a talented weaver and seamstress, a beloved member of her church, a passionate and opinionated advocate for human rights, and a deeply positive force in this world. There are not may people in their 70s who can say their mother is still alive. We had that privilege.

The family would like to thank the staff of Cherry Ridge at the Glen and the compassionate staff at Rochester General Hospital.

Friends are invited to her Memorial Service 2:00 PM Saturday, February 18, at Webster Presbyterian Church, 550 Webster Rd., Webster. Interment at the convenience of the family at Webster Rural Cemetery. Memorials may be directed to a charity of your choice.

Share Your Memory of
Wilma
Upload Your Memory View All Memories
Be the first to upload a memory!
Share A Memory