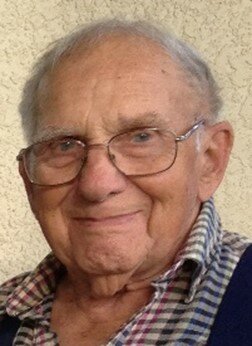 Please share a memory of George to include in a keepsake book for family and friends.
View Tribute Book

George was a devoted Christian who lived the life he professed.  A WWII Navy veteran, George served in the Pacific maintaining the ship gyroscopes.After the war, he was employed by IBM for 40 years as a service man repairing large company computers.  George was most happy when working with his hands and upon retirement, formed a home repair service with his son Gary.  He worked up until he was 86 building additions and/or repairing peoples plumbing and electrical problems.  George loved to fish for smallmouth bass on Lake Ontario and spent many weekend hours with his son and son-in-law fishing out in a boat.

A Memorial Service will be announced sometime in late May 2023.

Share Your Memory of
George
Upload Your Memory View All Memories
Be the first to upload a memory!
Share A Memory