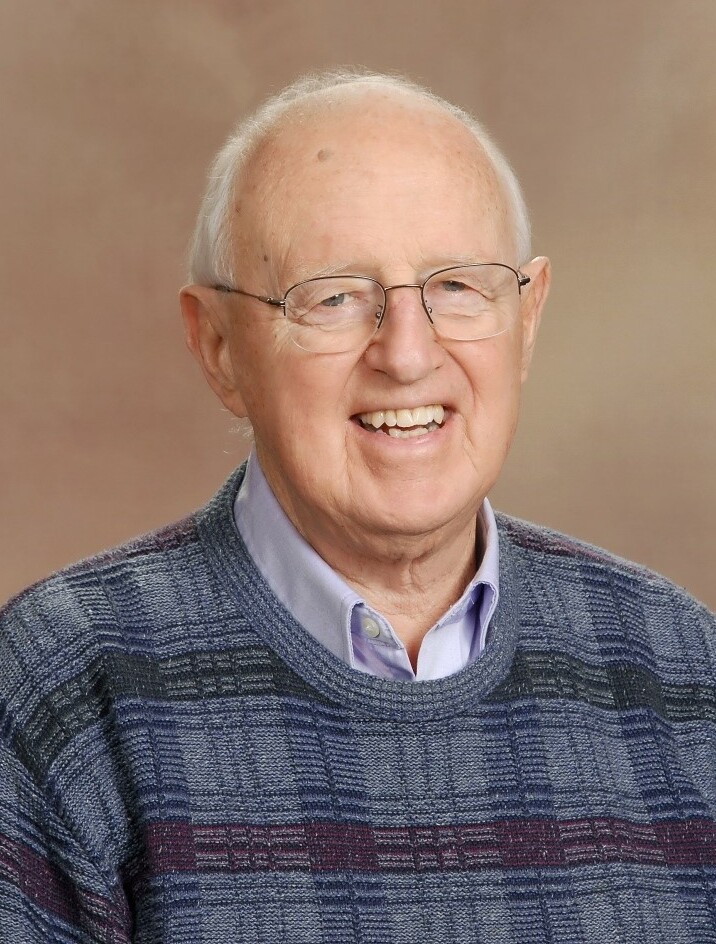 Please share a memory of James to include in a keepsake book for family and friends.
View Tribute Book

Born in Webster, NY, Jim received a bachelor’s degree from University of Michigan in 1952 and remained a lifelong enthusiastic Wolverines football and basketball fan. In 1955 Jim graduated from Yale Law School. After graduating law school, Jim joined the Army and worked in Europe in counterintelligence, obtaining an honorable discharge in 1958. After discharge from the Army, he joined his father Carroll’s Insurance Agency and shortly after opened his law office in Webster. In addition to his independent practice Jim also served as Webster Town Attorney from 1964 to 1971. In 1967 he partnered with Don Summers and a few years later Patrick Lydon joined to form Sutter, Summers & Lydon, a fixture of the Village of Webster at 20 West Main Street for nearly 50 years.

Jim enjoyed skiing, golfing, and traveling with Patricia. He was active in many local organizations, including Kiwanis, and was an active supporter of the Webster Comfort Care Home.

Friends may call 7-9 PM Monday, December 26 at Willard H. Scott Funeral Home, 12 South Ave., Webster.  His Funeral Service will be held 11:00 AM Tuesday, December 27 at the United Methodist Church of Webster, 169 E. Main St., Webster, where a reception will follow. Interment private. In lieu of flowers, contributions may be made to the Webster Comfort Care Home, 700 Holt Rd., Webster, NY 14580. To share a memory of James or send a condolence to the family visit: WillardHScott.com

Share Your Memory of
James
Upload Your Memory View All Memories
Be the first to upload a memory!
Share A Memory