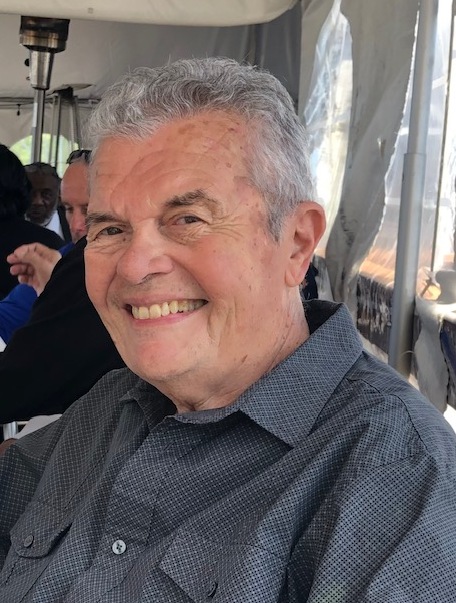 Please share a memory of Armand to include in a keepsake book for family and friends.
View Tribute Book

Webster: Passed unexpectedly on December 9, 2022 at the age of 81, surrounded by his family. He is survived by three children, Michael, Vicky (Elizabeth) and Lisa (Kieran); one grandchild, Connor. Armand is predeceased by his loving wife, Elaine; parents, Armand L. and Jeannette Lacroix Brunette; brother, Francis Brunette.

Armand was born on November 14, 1941 in Woonsocket, Rhode Island and grew up in the Village of Albion. He proudly served in the United States Coast Guard and was a member of the American Legion. After relocating to Western New York in 1979, he worked at the Genesee Brewing Company for 37 years as a millwright, retiring at the age of 75.

An avid reader, Armand enjoyed music, classic cars, and was a history buff. He created beautiful metal art and was famous for “Armand rigging” just about anything with duct tape and spare parts. He was a pillar of strength for his family, was a friend to many, had an adventurous spirit, an infectious smile and was a hopeless romantic.

In lieu of flowers, donations may be made in Armand’s memory to Warrior Salute Veteran Services, 860 Hard Rd., Webster, NY 14580 (https://cdslifetransitions.org/warrior-salute/).

Share Your Memory of
Armand
Upload Your Memory View All Memories
Be the first to upload a memory!
Share A Memory