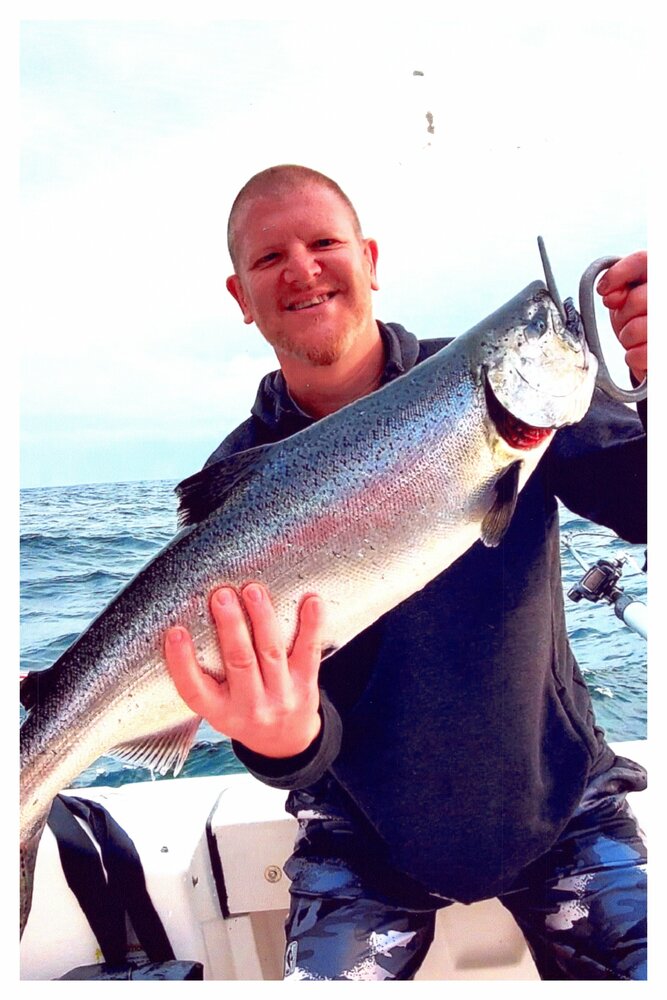 Please share a memory of Daniel to include in a keepsake book for family and friends.
View Tribute Book

Dan graduated from Webster Schroeder High School in 1995 and attended culinary school at Indiana University of Pennsylvania in Punxatawney. There he used his artistic skills to participate in several ice carving shows. Upon graduation, he continued his training at the Peabody Hotel in Memphis and went on to work at the Peabody in Orlando as well as Cinderella’s Castle in Disney World.

He worked at many jobs where he utilized his various talents, most noticeably at Lowes in Webster where he held a variety of positions. He enjoyed helping people and was easy to spot because of his height.

Dan was quick to use those talents to answer the call whenever anyone needed his help despite whatever personal challenges he might be facing at the time.

He enjoyed hiking, hunting, and fishing and would turn to the outdoors and nature when he felt a need to clear his mind. He especially enjoyed charter fishing trips with close friend Darren Yehl. He would often go to Elk County in Pennsylvania to see the elk and just take the pressure off.

Share Your Memory of
Daniel
Upload Your Memory View All Memories
Be the first to upload a memory!
Share A Memory