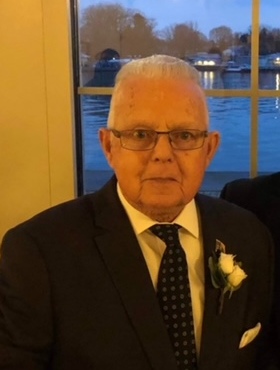 David was a retiree of Xerox Corp and enjoyed hunting, fishing, the Yankees and Bills.  David was a proud member of the Oswego Musician’s Hall of Fame. He was a bass guitar player/drummer with the Rockin Hi Lows, the first rock band formed in Oswego in 1956. A great story-teller, David loved being with family, spending time with grandchildren, great-grandchildren and friends.

A special thank you to the Doctors and Nurses at Rochester General Hospital, Webster Ambulance, NEQ, and Webster Volunteer Fire Dept.