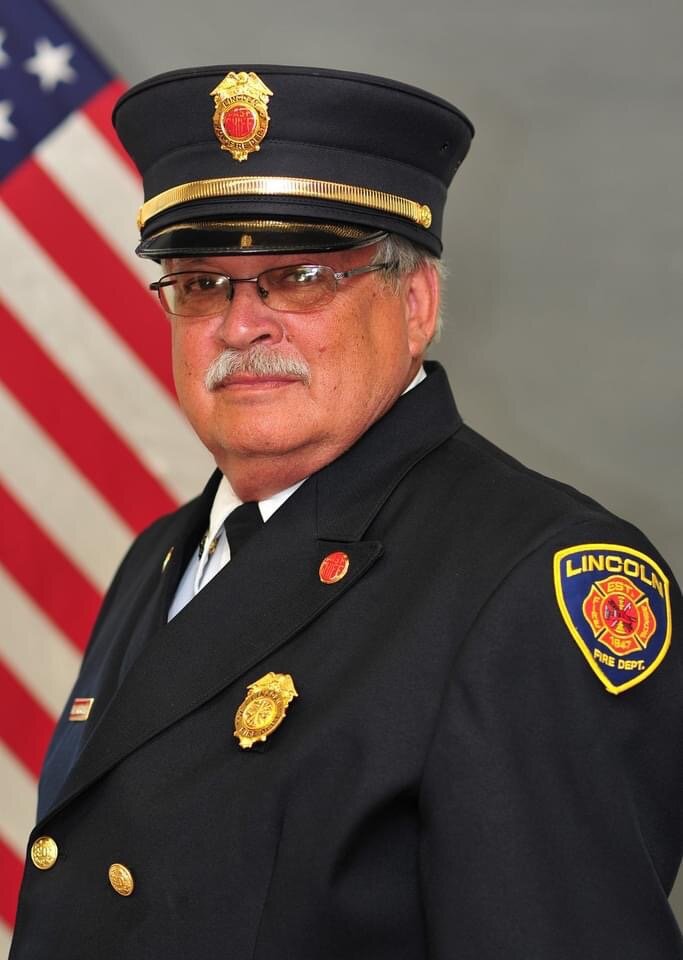 Please share a memory of William to include in a keepsake book for family and friends.
View Tribute Book

Ontario, NY and The Villages, Florida: Left us on Tuesday, July 5, 2022 after a courageous battle with esophageal cancer. He was predeceased by parents, Edward and Delores “Paula” Kurrasch. He leaves behind a devoted wife, Hazel;  sons, Paul (Lonna) and Michael (Sarah);  grandchildren, Jayde, Sari and Ryland; brother, Don of Texas; nephews, Kevin and David.

Bill Served with honors in the Army’s First 1st Airborne Brigade from 1971-1972.   Later in life he was an active member of the American Legion and VFW.

After attending RIT, Bill retired from Xerox after 45 years of service as an Electrical Engineer specializing in Product Safety and Fire investigations.

Bill served in Lincoln Volunteer Fire Department as a Firefighter for over 32 years.  He joined the Department in 1983 working his way up through the ranks to serve as Chief from 1991-1993.  As Chief, Bill started Lincoln’s EMS response program and initiated the automatic mutual aid program with neighboring departments. Bill also served the Department as treasurer as well as serving on the Board of Directors and was recently recognized in April, 2022 with the Lincoln Volunteer Fire Department Distinguished Service Award.

Cars were also a passion and his were always pristine.  He earned national awards with his 59 and 78 Thunderbirds, his 86 Grand Prix and Fiero, as well as most recently with his 04 Mustang.

In addition to enjoying his cars, Bill served as first President of the Upstate, NY Thunderbird Club, the Scoop Editor and Treasurer for the VTCI, and was a founding member of the ITC where he was the first editor for the Script.

Bill was a lifelong NY Yankees and Buffalo Bills fans.  He was also a Rochester Red Wings season ticket holder for many years.   He enjoyed attending racing events with his two sons at Daytona International, Pocono, and especially Watkins Glen international (20 years) with the good friends he made there.

Bill enjoyed spending time camping with his family, grandchildren, and Yorkies in his Ford RV camper van especially up in the 1000 islands, at Sailsbury Beach and in the Fingerlakes.

When spending time at the retirement house in Florida, Bill was active with 3 different Springdale golf groups, as well as the Villages Motor Racing Fan Club and several veterans groups.

Always a man of action he loved being engaged in his community and was always happy to see everyone whether at work, a car show, a fire function, a hamfest, golfing, a car race, or around the neighborhood.

Calling hours are from 3.30 to 5.30 on Thursday July 14th at Willard H Scott Funeral Home, 12 South Ave, Webster.     Note that the Webster Fireman’s Parade and Carnival will follow.  The Memorial Service and Celebration of Life will be at 12:00 Noon on Sunday July 17 at the Lincoln Volunteer Fire Department, 719 Plank Road, Ontario.   There will also be a lunch reception open to the public to follow.   Private burial service at a later date. In lieu of flowers, please send donations to the Lincoln Volunteer Fire Department 719 Plank Road, Ontario, NY, 14519.

Share Your Memory of
William
Upload Your Memory View All Memories
Be the first to upload a memory!
Share A Memory