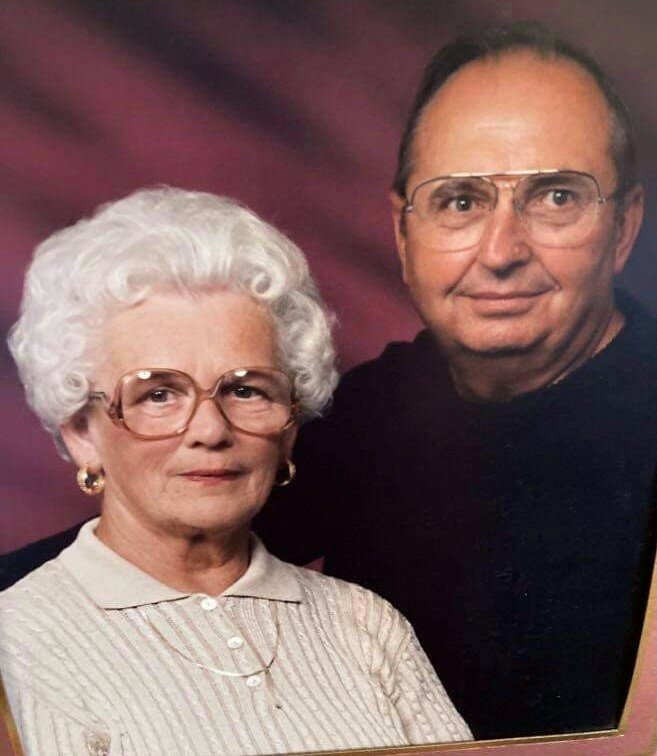 Please share a memory of Kenneth to include in a keepsake book for family and friends.
View Tribute Book

Ken was reunited with his bride of 72 years on Tuesday, October 19, 2021 at the age of 92. Ken and Grace were married on May 21, 1948. They were devoted to each other and rarely apart. They built their forever home on Lake Road in Webster, where they raised their 3 children and created countless memories with their family.

Ken was a retiree from the U.S. Postal Service. After retirement Ken continued working at the West Webster Cemetery and as a Tour Guide for Blue Bird and White Star. He and Grace also volunteered working the “Over-Under” Tent every summer at the Webster Carnival. Ken worked well into his late 80’s teaching his family the importance of hard work and dedication, which has been passed down generations.

The Martin family would like to thank Dave and Heather Littlefield for opening their hearts to Ken and Grace over the years, always watching over and helping them; the devoted staff of unit 5200 of Rochester General Hospital and Hildebrandt Hospice for the compassionate care Ken received during his final days; and Jeff Scott of Willard H. Scott Funeral Home. Thank you from the bottom of our hearts.

Family and Friends may call Saturday, October 30, 2021 from 1-3 at Willard H. Scott Funeral Home in Webster. Memorials, if you choose, may be directed to the Webster Fire Department, Hildebrandt Hospice or the Palliative Care Center at Rochester Regional Health.

Share Your Memory of
Kenneth
Upload Your Memory View All Memories
Be the first to upload a memory!
Share A Memory