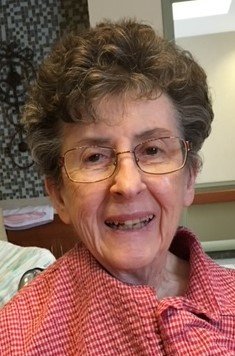 Webster: Ann was called home by the Lord on June 21st, 2021, at the age of 84. She died of complications of Parkinson’s Disease. She was predeceased by her parents, Lawrence, Jr. and Edna L Jefferis; her brothers, Lawrence Jefferis IV and Warren Jefferis; daughter-in-law, Cora Hartley. She leaves her husband of 60 years, Gordon Hartley; sons, David (Donna) Hartley, Keith Hartley; grandchildren, Tom Hartley and Carolyn (Andrew) Lund; great-great-granddaughter, Imogene Lund; nieces and nephew.

Along with her brothers, Ann grew up in Rochester, NY. She spent her summers in Ocean Gate, NJ. After graduating from East High School in 1954, Ann attended Mrs. McCarthy’s Secretarial School. She then worked at Eastman School of Music. It was there she met Gordon Hartley and they were married June 10, 1961. The first few years they lived in several locations; Rome, Oneida, Rochester, and eventually settled in the Village of Webster where they lived for 54 years.

Ann’s life was centered on her home where she focused on helping her husband and raising their two sons, David and Keith. She loved flowers and was especially good at raising African Violets.

A committed believer and follower of Jesus Christ, she was involved in church activities and a women’s bible study and a small group bible study.

Ann helped her mom care for her dad who also had Parkinson’s Disease. After he died, she cared for her mom, who eventually died at the Maplewood Nursing Home.

Ann was first diagnosed with Parkinson’s Disease in 2004, but functioned well at home with her husbands support. Because of her increasing physical disability, this past year she had to be taken car of by the Maplewood Nursing Home. She passed away on June 21, 2021. The family would like to thank the staff at the Maplewood Nursing Home for the wonderful compassionate care that was given to her.

Share Your Memory of
Ann
Upload Your Memory View All Memories
Be the first to upload a memory!
Share A Memory