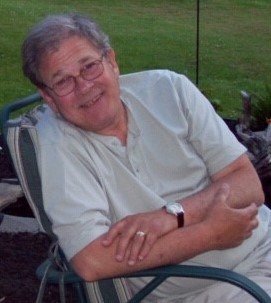 Steve was born in Wilkes-Barre, Pennsylvania, but has been a long-time resident of Webster. Steve served in the National Guard and was an Engineer for Xerox until he retired in 2002. Steve loved his work and would express how much he enjoyed his career at Xerox. After her retired from Xerox he worked with his son Chris at N/S Fasteners for 18 years.

Steve loved to fish, hunt, and spend time with his family and friends. If he wasn’t doing that, he would have his nose in a book and in the later years his Kindle. Steve was an easy-going guy who loved to smile and help others whenever he could. He loved music, enjoyed cooking, and spending time at their place in Henderson, NY, where he would get away to relax, fish, and take in the beautiful sunsets. Steve liked to keep busy and would help his son with home projects. He enjoyed spending time with his grandchildren and family who reside in Tennessee. He was a wonderful father, husband, and friend. He will be sorely missed.

Share Your Memory of
Stephen
Upload Your Memory View All Memories
Be the first to upload a memory!
Share A Memory