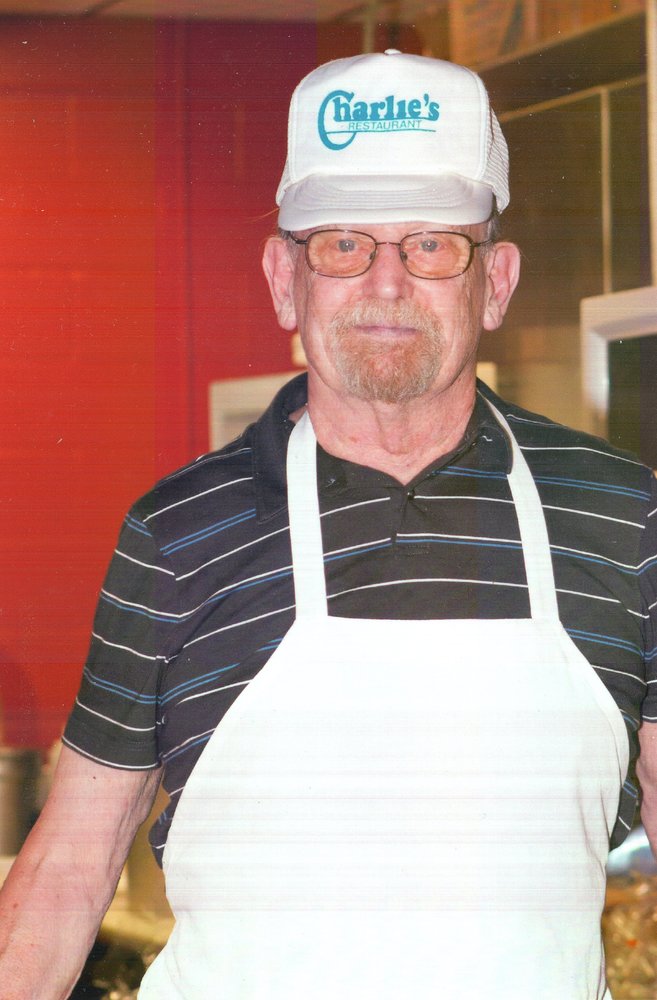 Webster: Sunday, March 14, 2021, age 92 at The Maplewood Nursing Home. The Riedel family thanks Maplewood for their compassionate care for Charlie.

Born August 13, 1928 in Rochester, NY to Carl and Katherine Riedel, Charlie graduated from Edison Tech in 1946, and served in the military as an MP in the Korean War. He married the love of his life, Joan (Burns), on 21 April 1951.

Charlie loved his family and the restaurant business.  Following a brief stint with Kodak, in 1955 he opened his first local restaurant, “Lynn & Scott’s.” He later worked for his father-in-law at “Jerry Burns’ Hot Dogs” in the Sea Breeze area, and then worked for Bill Gray in Ontario. Noting the business as his passion, he opened “Charlie’s” on Empire Blvd. in 1969. Charlie’s continues to thrive having 5 generations of Riedel family members represented. Charlie spent many recent mornings working and making his famous hot sauce at the Ontario location.

Charlie loved tending his gardens, and was an avid horse enthusiast.

Charlie was predeceased by wife, Joan Riedel, whom he adored.

Charlie was buried in Webster Union Cemetery. A memorial will be announced at a future date. Remembrances may be made as contributions to Autism Up, Rochester NY: www.AutismUp.org.

Share Your Memory of
Carl
Upload Your Memory View All Memories
Be the first to upload a memory!