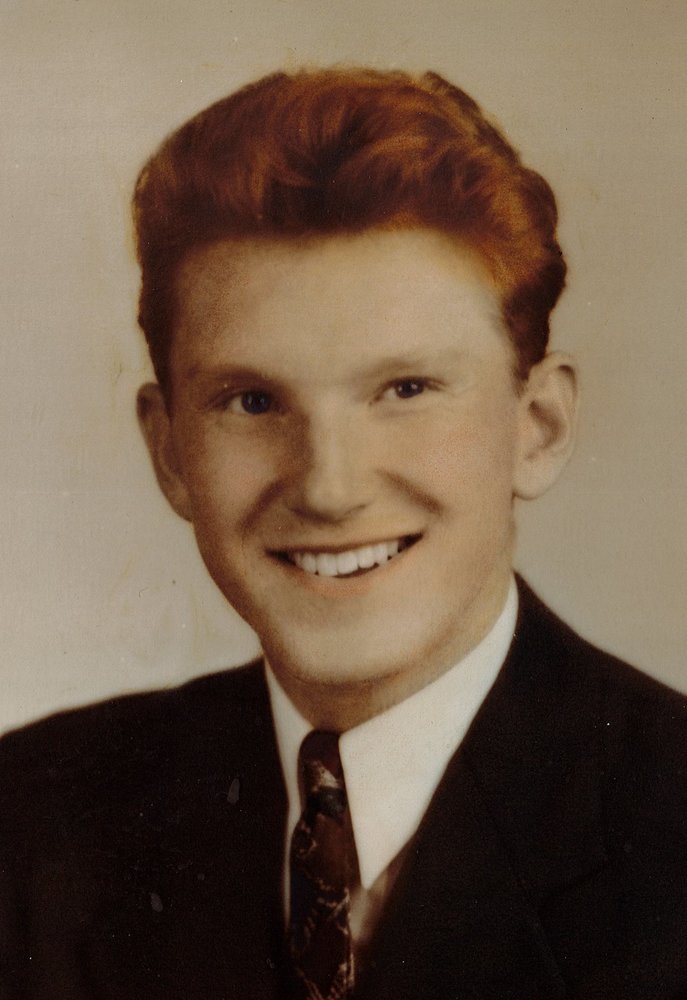 Webster: Passed away on November 29, 2020, age 94. Paul was born in Rochester N.Y. on August 19, 1926. After graduating from West High he enlisted in the US Navy in 1944. Paul served in the Pacific Theater on board the USS Mendocino. After his service in the Navy, Paul attended Xavier University and received a BA in Business. He married Janet Pierce in 1953. Paul and Janet raised four children in Webster. Paul was employed at Eastman Kodak as a systems analyst for over 30 years. In his retirement, Paul enjoyed golfing with his VFW buddies and spending time with family. A passionate animal lover, Paul loved walking his beautiful dogs and meeting friends on the Hojack Trail.

A Mass of Christian Burial for Paul will be held 10:00 AM Monday, April 26, at St. Paul’s Church, 783 Hard Rd., Webster.The family want to thank Paul's wonderful neighbors and friends for their love and support. In lieu of flowers a donation can be made to your local VFW or Lollipop farm.

Share Your Memory of
Paul
Upload Your Memory View All Memories
Be the first to upload a memory!