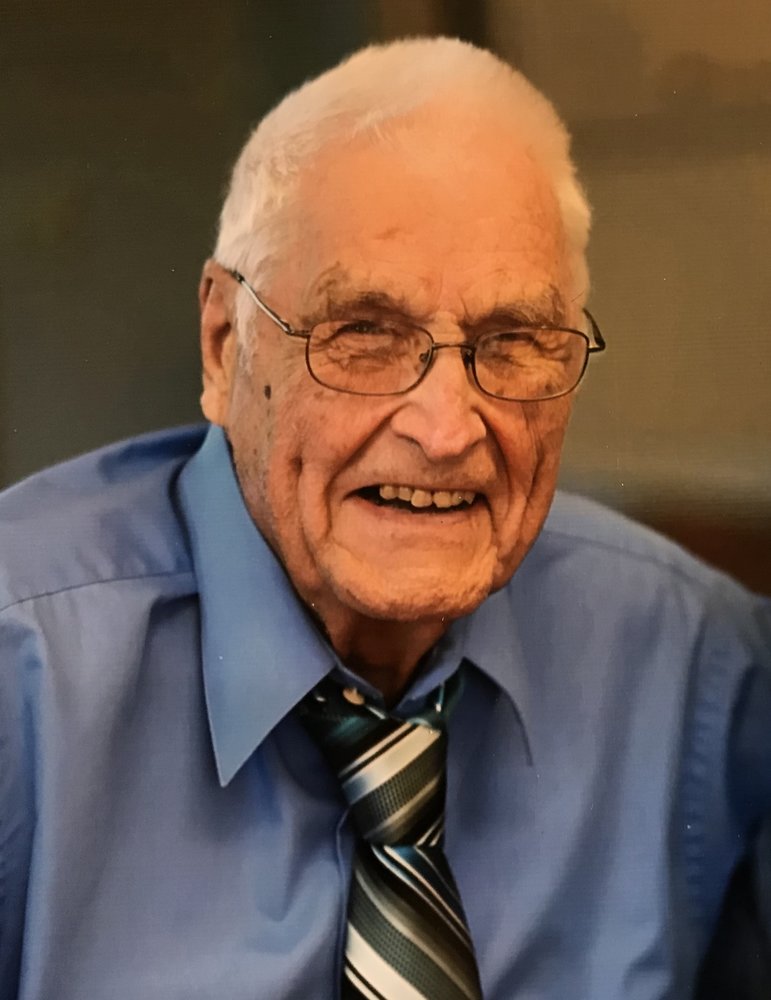 Webster: Richard passed away on November 9, at home with his family.

Richard was born on November 30, 1928 in North Tonawanda, NY.  He graduated from Ontario High School in 1945.  He earned a degree in poultry husbandry from California State Polytechnic College in 1949.

After graduating, he moved back to his family's home in Webster.  He and his father ran a poultry farm, selling eggs, chickens, and turkeys.  Shortly after returning from California, he met his future wife, Marion Wolf, at a square dance at the Union Hill Fire Hall.

Dick was drafted into the army during the Korean War. He served as an animal lab technician in Germany for 2 years.  When he returned home, he married Marion, and continued to run the poultry farm.

Later he gave up the poultry business and worked at Star Supermarkets.  He was the manager of the Empire Boulevard store for many years. After retiring, Dick and Marion volunteered as Mission Builders.  They helped build 7 Lutheran churches all over the country.

Dick was well known for the twinkle in his eye and his dimples that accompanied his ever present smile.  He loved spending time with family and friends.

Dick could build and fix anything, and was always happy to share his skills and knowledge with others. He loved playing games of all kinds, and was especially hard to beat at cards, dominoes, cornhole, and ping pong.  Dick and Marion enjoyed traveling and camping throughout the US.  He also loved being on his lawn tractor and took great pride in maintaining his dearly loved property.

Dick will be greatly missed by all who knew him.  Please lend someone a helping hand in his memory.  A family service was held privately.  A celebration of Dick's life will be held at a later date.

Share Your Memory of
Richard
Upload Your Memory View All Memories
Be the first to upload a memory!