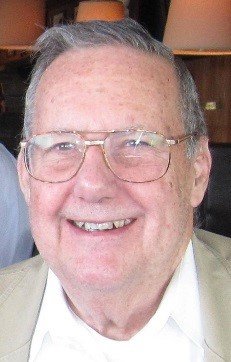 Visitation at Episcopal Church of the Good Shepherd

Passed peacefully into soul space, with his wife and one of his daughters by his side, Friday morning June 28, 2019.  A Virginia native, Duke moved north for graduate school at Princeton University, and laid his own family roots in New York State.  He is survived by his loving wife, Ann Evans Duke, and two daughters Amy Hoban (and her husband, Patrick Hoban) and Emily Duke (and her husband, Daniel Sogin), and five beautiful grandchildren:  Jonathan, Hallie and Jennifer Sogin, Peter and Ruth Hoban.

Although Duke studied mathematics and theology in college at Duke University, he pursued other interests afterwards and became a world-renowned scholar in the fields of physics and surface science. Duke was an award-winning researcher who was one of the most prolific and cited physicists of his time.  Duke was one of the few people in the world to be inducted into both the National Academy of Science and the National Academy of Engineering. Duke worked tirelessly to advance the field of surface science and helped launch the careers of leading scientists worldwide.  Just a few of his accomplishments include: serving on Presidential task forces related to the sciences, serving as VP and Sr. Research Fellow in the Xerox Innovation Group, serving as Deputy Director and Chief Scientist for Battelle Institute (US Department of Energy), and becoming one of youngest tenured professors at the University of Illinois. After retiring, Duke never stopped learning, and lectured extensively about theology and modern theories of the afterlife.

A generous man who loved his immediate and extended family, Duke is remembered by family members for the long letters he wrote to them.  After a long day’s work (often 12+ hours a day), Duke enjoyed yard work, reading and watching TV westerns.  He and his wife enjoyed listening to classical music and staying up into the wee hours of the morning chatting about family, work, and the daily news.

Charles will be missed for his keen intellect and generosity, as well as his classic “Charlie” moments.

In lieu of flowers, donations to the Episcopal Church of the Good Shepherd are appreciated.

Share Your Memory of
Charles
Upload Your Memory View All Memories
Be the first to upload a memory!