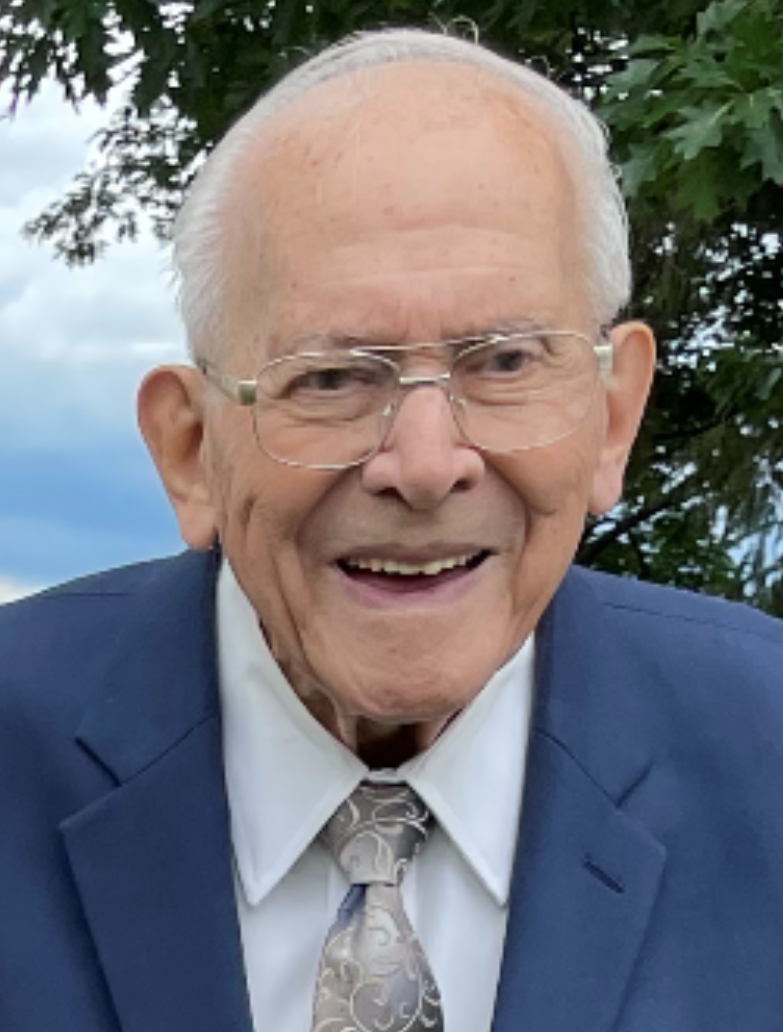 Obituary of Daniel A. Corretore Jr.

Please share a memory of Daniel to include in a keepsake book for family and friends.
View Tribute Book

Webster:  Following a lifetime of blessings and gifting us one last family day on earth to be forever cherished, Dan passed away peacefully at home on Saturday, December 18, 2021, at age 92.  Surrounded by those whom he loved and generations of family who adored him, and as his beloved wife of 66 years held his hand, he left us gently and in character – with courage, faith and generosity of spirit to the end.  We rejoice in knowing he has now been welcomed into his heavenly home.

Dan was born in Buffalo, NY on Labor Day, September 2, 1929, son of a loyal immigrant father and hard-working mother, Daniel and Lillian Stoesser Corretore.  He was the third of four children.  He was employed early in his working life at Rich’s Ice Cream, attended North Central College, and was then employed by the CB&Q (Chicago) railroad, continuing his lifelong enjoyment of trains including his childhood Lionel train that is still run every Christmas at home.  Dan was an army veteran stationed with occupational forces in Germany during the Korean War era.  Although their families’ lives had previously intertwined, it was at church youth group where Dan met the love of his life, Carolyn Rein.  After their marriage in 1955, together they built their home, which continues to be the family’s gathering place, and raised their family in Webster.

Dan’s career spanned 34 years as an Emulsion Research Chemist at Eastman Kodak Company and for 44 years he volunteered as a First Responder ambulance medic for Union Hill fire department.  Upon retirement Dan worked for Webster Drug (CVS) and Willard Scott Funeral Home.  He was a 66-year member of the Webster United Methodist Church and served in a multitude of ways: teaching Sunday School, singing in the choir, chairing the 1964-1968 building committee, cooking for numerous church dinners, and especially enjoying the 3MF Sunday School class whose families remained lifelong friends.  Dan was a devoted husband and patriarch who lovingly encouraged, by example, the next generations of family to leave the world a better place.

We will always know that his spot is at the table for Sunday dinner, in Grandpa’s chair, or in the audience, congregation, or bleachers. To know Dan was to know his smile, integrity, compassion, and generosity.  He treated everyone as his friend.  We are grateful to God to have had Dan in our lives.  He will be forever loved and missed.

Friends may call 1 – 4 PM Sunday, December 26, at Willard H. Scott Funeral Home, 12 South Ave, Webster.  His funeral will take place at 10 AM Monday, December 27, at United Methodist Church of Webster, 169 E. Main St, Webster. Family greeting immediately after. Covid protocol will be observed.  Interment at Webster Rural Cemetery.  Memorials may be given to the church.

Share Your Memory of
Daniel
Upload Your Memory View All Memories
Be the first to upload a memory!
Share A Memory