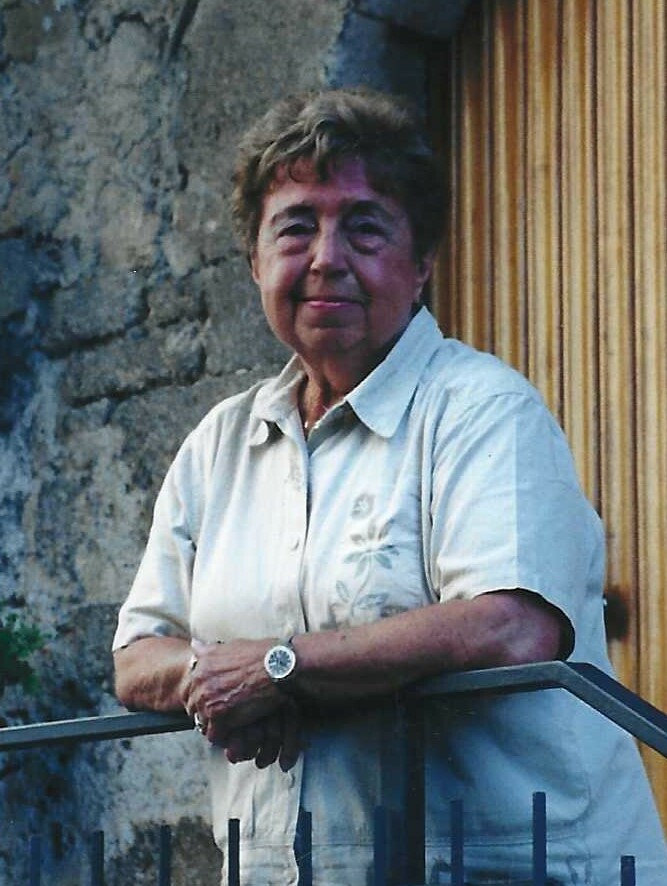 Louise passed away peacefully on Wednesday, November 10, 2021 in Irondequoit, NY, at the age of 96.

She was born on August 20, 1925 in Nanticoke, Pennsylvania, shortly after her parents Ida and Nazzareno Lanzi emigrated to America from Anagni, Italy.

Following high school, she worked at several jobs in Philadelphia supporting the war effort. She married Francis after his discharge from the Army in 1946, and then moved to New York City to join other family, begin careers, and start a family.

The family later moved to Rochester to be near her brother and sister, and where she worked at Bausch and Lomb until retiring in 1988.

In their retirement, Louise and her husband enjoyed traveling both abroad, and around the US for many grandchildren visits, to Maine, and to Polka Festivals in Pennsylvania.

Faith and church were an important part of her life. A member of the Annunciation Parish for almost 40 years, Louise was an usher and worked at both the bingo hall, and at St. Joseph tables.

Louise lived her final years at Chapel Oaks in the St. Anns community where she relished the many friends she made, and the attentiveness and caring of the staff.

Affectionately known as “Nonna” by her family and friends, she will be remembered always for her bright smile, and to the devotion, love and care she gave to her family and everyone else that touched her life.

A Mass to celebrate Louise’s life will be held at 10:00 AM Friday, December 10, 2021, at Christ the King Church, 445 Kings Highway South, Rochester, NY. In lieu of flowers, please consider a donation to your favorite charity.

Share Your Memory of
Louise
Upload Your Memory View All Memories
Be the first to upload a memory!
Share A Memory