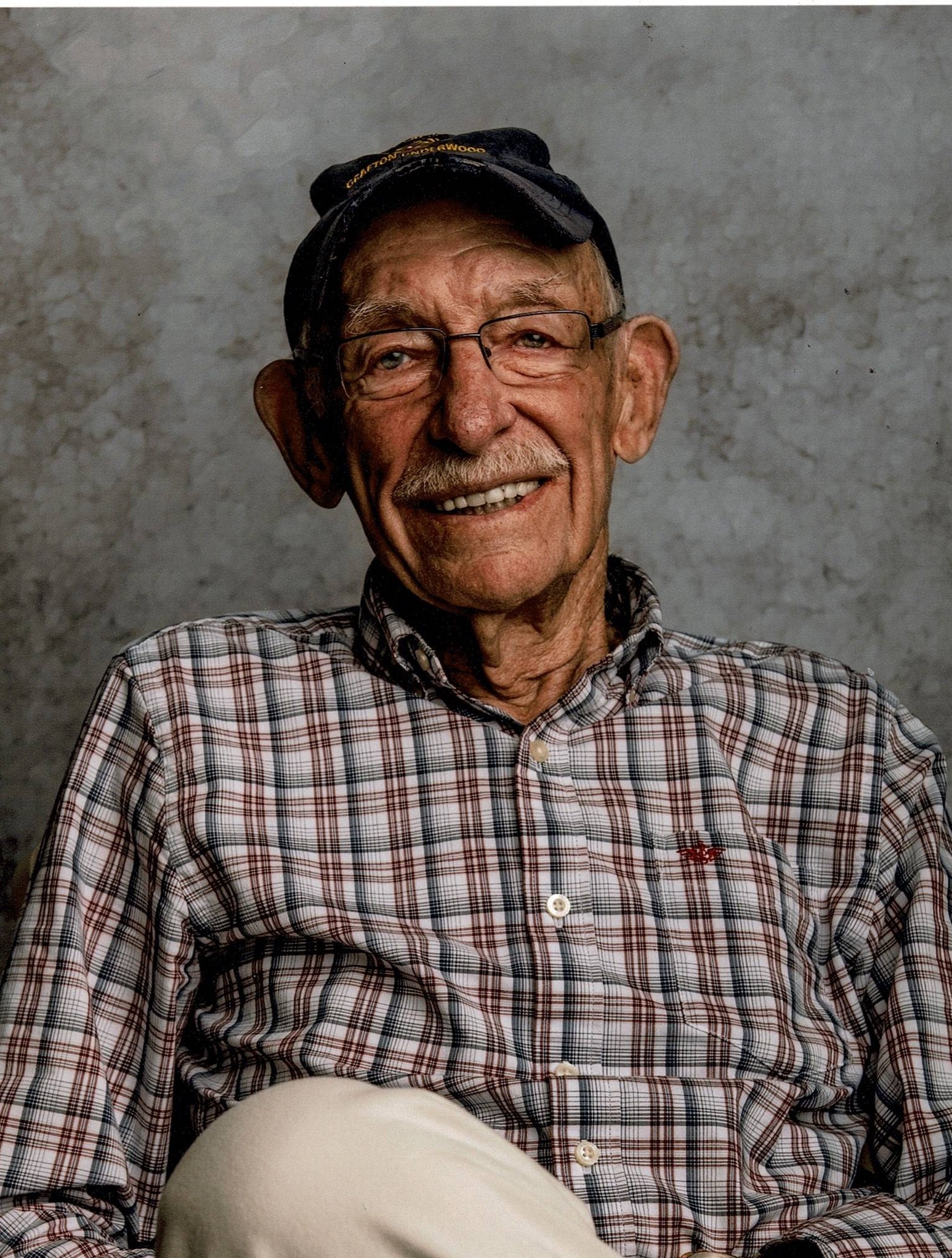 A Depression era kid, raised by his Polish parents on a subsistence potato farm, the eldest of 5, Robert (“Bob”) ultimately became the President of Naum Bros stores.  From a most humble beginning as a diner built by Bob and his brothers, (all of whom forgot to have any food available to serve on opening day!), it transitioned to Bob’s real business dream - a bait and tackle shop.  From this, Naum Bros grew to 18 sporting good/appliance/jewelry stores in 2 states, and eventually went public.

Along the way, Bob met and married Ruth – just before he had to leave for England to serve as navigator in 29 missions over Europe in WWII.  He returned from the war to meet his first son, John.  He and Ruth settled in Greece, NY where they raised John and 3 more sons, Paul (deceased), Robert, and Daniel.

Describing Bob as a rags-to-riches war hero merely scratches the surface of the essence of this giant.  As a husband, he was deeply devoted to Ruth throughout their 64-year marriage.  Their sons cannot remember ever having heard an argument between them.  As Dad, Grandpa, and Great-Grandpa, he was adored.  Bob was an adventurer; a pilot, hunter, fisherman who could fix anything, and his close friend, Bill Dempsey, described him as “the smartest person in the room”, though he never completed an advanced degree.  Bob was a man who loved people from all walks of life, who never met a stranger, nor encountered an adventure he did not want to take.

He and Ruth flew their plane all over the country and took it to the far north of Alaska. They loved to surprise people by just flying into town and showing up at their doors. They traveled much of the world over their years together and became Naples, Florida snowbirds.  Bob took care of Ruth until her death.

Sharon Miller then came into his life. They married and spent 8 years together with Elkhart, IN as their northern base. There, he became a beloved part of Sharon’s family and friends. Into his 90’s, he’d ride his bicycle for miles on rural IN/MI roads – leaving poor Sharon to wonder if she should call emergency services.

After Sharon’s unexpected death in 2018, he could have been lonely and rudderless. But as he did throughout life, he continued to make new friends, some who encouraged him to accept honors being bestowed upon WWII veterans.  The Collier County Honor Flight program took him to Washington, DC for a day that he talked about with pride for years.  Publicity from that led the Best Defense Foundation to invite him on an all expenses paid, first class, guided trip to Holland to be honored during the 75th anniversary of its liberation.  The Best Defense Foundation also gave Bob the last great adventure of his life, (just two months ago!), with their honor flight to Germany.

We remember Robert E Naum as a wickedly smart, always kind man, who cherished his friends and family, and loved the outdoors, (including his beloved Everglades). We will miss his teasing us, his greeting cards for our birthdays and holidays, and his advice which came only when we asked for it.  We will miss this extraordinary, wonderful friend, Dad, Grandpa, Uncle, GreatPa, Mentor, Fishing/Hunting Buddy, Best Friend, and Veteran.

His Mass of Christian Burial will be held at 10:00 am, Sept 20 at Holy Trinity Church, 1460 Ridge Road, Webster, NY.  Burial is immediately following at Holy Sepulchre Cemetery, Rochester, NY.  At 4:00 pm, an outdoor Celebration of Life will be held at Webster Park, Lake View Pavilion.

The family requests any donations be made to any of the following organizations;

Share Your Memory of
Robert
Upload Your Memory View All Memories
Be the first to upload a memory!
Share A Memory