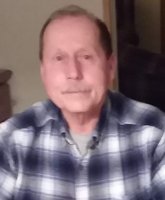 Dave was born February 23, 1954 and entered his eternal rest January 11, 2021. He was a life-long resident of Webster and a retiree from the Webster Central School District where he was a carpenter. In his spare time over the years and in his retirement, he enjoyed working the family farm on Holt Road along with his sons. The message he wanted to leave for his family and friends is to treat each other with kindness and respect.